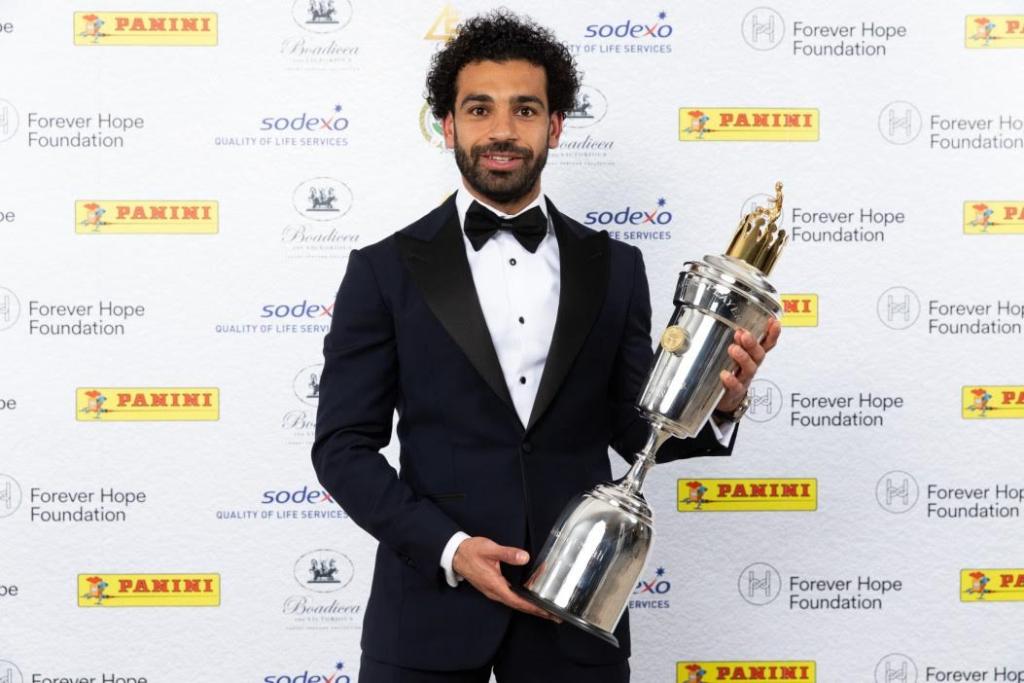 DELIGHTED Liverpool star Mohamed Salah has been crowned PFA Player of the Year.

“[The first Egyptian to win?] Hopefully I’m not the last one! I’m very proud to win and I’ve worked very hard.

“You’re comparing you name with some great names. To break the Premier League record is something huge in England and all over in the world.

“There are still three games to go. I want to break this record and also break the one for (42-game season). Let’s see what will happen.”

Salah added: “It’s an honour to win this as Player of the Year in the Premier League and especially because it’s voted by the players. So I’m very happy and very proud to win it.

“From day one I left the Premier League I wanted success here … I think I left and I came back as a different person … I didn’t have my chance (at Chelsea).”

The Egyptian fought off competition from Manchester City’s Kevin De Bruyne to scoop the prestigious individual prize on Sunday night.

Salah has scored an incredible 31 Premier League goals during his first season at Anfield, and has also helped himself to nine assists.

The former Chelsea man has been instrumental in Liverpool’s top four push under Jurgen Klopp.

Salah joined the Reds from Roma last summer for £37million and has quickly established himself as a club icon.

The 25-year-old has also been banging in the goals in Europe, leading Liverpool to a Champions League semi-final clash with Roma.

De Bruyne finished runner-up to Salah, with the Belgian sure to be disappointed at missing out on English football’s top individual accolade.

He has been the main man in City’s incredible title win, scoring eight goals and 15 assists this season.

The other players up for the award were Manchester United’s Davd De Gea, Tottenham’s Harry Kane and Manchester City duo David Silva and Leroy Sane.

Sane was named Young Player of the Year.